The regions of northern Finland, Norway and Sweden have many common circumstances such as sparse population, harsh climate and long distances.  This part of Europe is also specifically affected by globalisation, energy-supply, climate change and demographic change. The region has a population density of only 4.9 inhabitants per km2, something that cannot be found in any other part of the European Union.

These 13 regions from three countries share common circumstances and objectives and are working together to raise awareness of the NSPA in the EU institutions, to influence EU policy and to provide a platform for best practise.

We wish to welcome you to the Northern Sparsely Populated Areas (NSPA) Forum of 2022.

In November 2021, the NSPA adopted a position on the EU Climate Package, highlighting the importace of a regional dimension which rewards already sustainable regions. 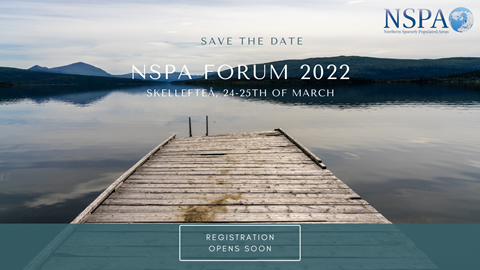 We wish to welcome you to the NSPA forum of 2022. The forums of 2020 and 2021 was inhibited due to the pandemic. This time we hope that as many as possible will be able to join for a gathering to reconnect to each other and take the important common NSPA agenda further.