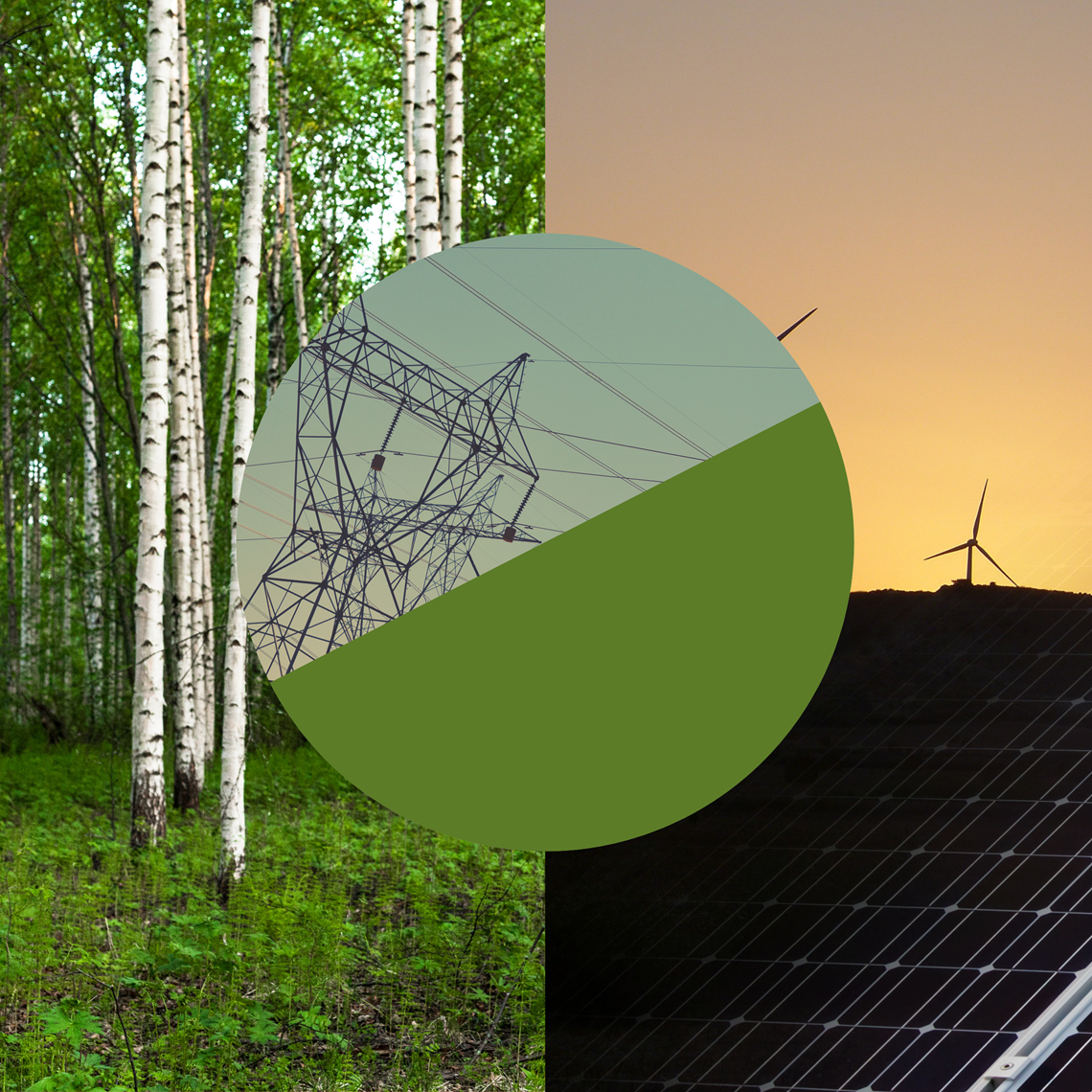 The NSPA Bioeconomy and Energy working group has had a very active first year and will continue at the same pace in the coming months. The purpose of the working group is to influence the policy development of bioeconomy and energy at EU level, and to increase awareness and cross-border collaboration between the regions.

The European Commission presented the EU Green Deal in 2019 with the objective for Europe to become the first climate neutral continent by 2050. First, followed up by the Fit for 55 package in 2021, this goal is now boosted even further due to the current war situation in Europe.

Important to make the voices of the NSPA regions heard

The European Commission published the REPowerEU plan in May 2022 as an aim to accelerate the green transition in the field of energy even faster.

This is having a great impact on the NSPA regions, and therefore it is important to make the voices of the sparsely populated areas heard while setting up common ways to reach climate neutrality.

Bioeconomy an important topic this spring

The Bioeconomy and Energy working group has been following up on the EU-legislation in regards of bioeconomy. The NSPA position paper about the EU’s climate package was developed last winter, followed by the another position paper on the LULUCF regulation.

We have been collaborating actively with the EU institutions, namely the members of the European Parliament and Committee of the Regions, to bring forth the main viewpoints of the NSPA areas.

Another important focus for the working group has been green hydrogen. During this spring, the NSPA position paper on green hydrogen production was developed. As a response to the growing interest on hydrogen topics within the NSPA stakeholders, the Arctic hydrogen platform was created at the beginning of the year.

The platform aims to share information, best practices, and possibilities for collaboration in the field of hydrogen within the NSPA regions. The platform meets virtually approximately once per month with different topics, based on the wishes of the participants. The next Arctic Hydrogen Platform meeting will be organized on 2nd September at 13:00 CET.

It is important for us as a NSPA working group to do our work based on the feedback and wishes of the people from our regions. Therefore, we organized a first stakeholder meeting on 8th June, that gathered around 15 participants. The input from the stakeholders was valuable for us, and during the coming months hydrogen and forestry questions remain to be in the core of our activities.

As the initiatives for the green transition and energy security will take further steps within the EU, so will also our activities within the working group. Besides bioeconomy and hydrogen, there are other important topics during the coming months, namely combining blue and green economy, offshore renewable energy, solar and wind power, and energy efficiency.

Finally, as our open meeting was very much appreciated, another stakeholder meeting of the working group will be organized on the second half of the year.